Who we are and what we do

The concept of Gravity Storage was invented by Professor Eduard Heindl and has since then been continually developed by the Stuttgart-based company Heindl Energy GmbH, supported by a team of civil engineering, geology, mining and geophysics specialists.

Heindl Energy GmbH, located in Stuttgart, Germany, is majority-owned by Prof. Eduard Heindl. Further shares are held by the Swiss investor HTG Ventures, which is financing the development of the concept. Heindl Energy holds several patents on this storage concept and is currently developing its readiness for realization, with the goal of constructing a pilot project.

After studying engineering (Dipl. Ing. FH) and physics (Dipl. Phys.), Prof. Heindl was a faculty member in the Physics Department at the University in Tübingen, concentrating on electron holography and neural networks.

In the summer of 1995, together with Andreas Benez, he founded Tübingen’s first Internet company.  In 1997 he started the SolarServer Internet platform with the vision that both Internet use and solar energy would grow exponentially, and therefore be successful. Both of these goals have been realized. On average, there are 10,000 visitors per day to the SolarServer site.

After professional positions at Integrata AG and the former Emprise AG, Eduard Heindl started a successful independent engineering company. This has become the current Heindl Internet AG, of which he is a member of the Supervisory Board. During a professorship at the Nürtingen-Geislingen University of Applied Science in 2001-2003 he returned to academia, and since 2003 has been a professor for e-business at the Furtwangen University. He is the author of several books foremost of which is his definitive work “The Webmaster”, for which he is known to many people interested in the Internet.

Creativity has always been his passion. In 2007 he was awarded the Wolfgang Heilmann Prize for his longstanding work regarding questions for structuring humane IT. He also developed the first Tsunami Alarm System, for which his A3M company, founded for this system, was awarded the ICT Prize of the European Union in 2007 for the best IT innovation.

Recently he has been increasingly occupied with issues involved with energy. He conceived of the hydraulic rock storage in 2010 in response to the realization that security of energy supply with a large share of renewable generation is not feasible without large storage capacities, which are so far lacking. In 2011 his concept was awarded the QUERDENKER-Award in Munich.

Eduard Heindl and his family reside on a farm in Furtwangen in the Black Forest, Germany. 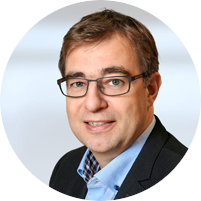 As executive director of the Heindl Energy GmbH Robert is in charge of business administration, financial management and political affairs. He was CEO in the green innovative energy business for more than 10 years. He knows the power market as well as the business of planning and constructing wind, hydro, and solar power plants.

Robert has been active in public discussions on national and European energy policy for almost 20 years. In addition to his experience with the media, he draws on his extensive network in politics, business, and industry associations. He is one of the founders of the Hamburg Institute, a strategy consulting firm specialized on energy markets and policies.

advises the project as an experienced geologist in geological issues. Before becoming a professor for geothermal systems at the Deggendorf University (Bavaria), she was working in the drilling industry, being in charge of deep drilling and geophysical affairs. She founded and still runs TEWAG, one of the most successful companies specialized on planning geothermal systems.

as a highly experienced construction engineer he works on the design how to construct the HRS. He also developed the sealing system.

As head of Technolgy he is in charge of all technical issues. He has in-depth experience in international construction and research with geo-engineering. One of his focus with Heindl Energy are numeric simulations for different topics concerning preplanning of sites and construction.
Mr. Bachmann is lecturer at technical University of Darmstadt about “Applications of FEM in Geotechnics”.

is the Assistant to the Management and handles our Stuttgart office. Among many other responsibilities, she organizes our public events, like conferences and exhibitions, worldwide.

There are no vacancies at present.

write us a message